A new Sci fi author to keep your eye on….

Reviewed in the United Kingdom on 7 October 2020

Who is Samantha you may ask? ,Well , she’s a robot , and if your unfortunate enough to live on Arden a moon orbiting the planet Arcadia , then she is your boss , and if she isn’t your boss , then she’s the boss of your boss.

Oh , and she’s also a complete power hungry , highly dangerous control freak with a genius level intellect. So for Mick Tarmy , who through an unfortunate chain of events ends up forced to work for her , his life is going to go from bad to worse real fast.

And when I say worse , I mean being brainwashed , given the identity of a known terrorist and being shipped off to Arcadia in order to infiltrate a secret underground movement controlled by……

Nope , to give any more away wouldn’t be fair , suffice to say Arcadia is a fantastic and highly dangerous new world , where having your face ripped off by a giant millipede is considered a good way to go.

To say anymore , when I’ve already given more than I should away would be a crime. So I’ll end by saying , if you are looking for a new sci-fi series in a fantastic universe with so much potential for more and more terrific stories then it’s my pleasure to recommend Arcadia’s Children : Samantha’s Revenge.” 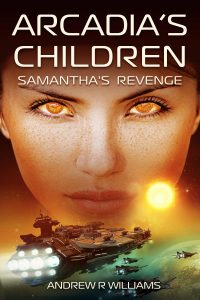 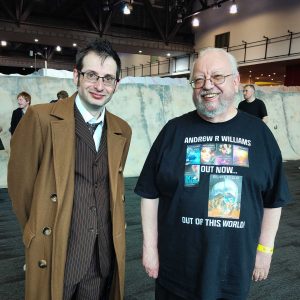