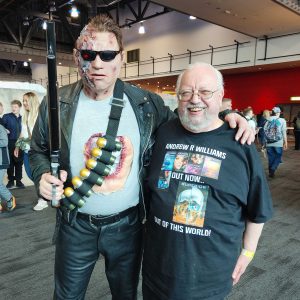 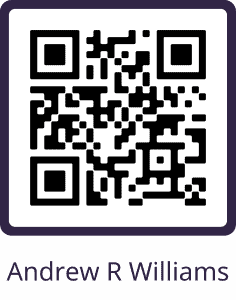 Continuing the story line of Arcadia’s Children: Samantha’s Revenge, this futuristic sci-fi tale brings back Mick Tarmy and a cast of characters guaranteed to create a fascinating journey to destroy a plantation dedicated to growing zuka milk, which produces a powerful narcotic street drug. The Great Ones, who use the drug to raise funds for their war against humanity, will go to any lengths to stop Mick, his cohorts Claire Hyndman and Nonie Tomio, from their mission. Journey through a world filled with aliens, robots and clones in this book that is a cracking good read for all ages

Sherin rated it Five Stars – It was amazing

The much awaited sequel to Samantha’s Revenge, Arcadia’s Children 2: The Fyfield Plantation is finally here. Of course, I picked it up right away. I wanted to know what happened 🙂 It’s one of Andrew’s inherent abilities to pull you into the story and make it realistic like you’re living in the Arcadia’s World! And yes, finally, the havoc wreaked by Samantha has come to an end, or has it really?

I thoroughly enjoyed the sequel and loved every bit of screen time Tarmy got. ..

It it was amazing

Author Andrew R. Williams weaves another fantastic sci-fi fantasy with intriguing twists and turns that will easily captivate the reader’s attention from the opening page. The author paints an exciting and adventurous story of aliens, robots and clones in a very vivid and convincing way. In addition, the characters are drawn with great credibility and integrity.

The story had every element a good story should have. An exciting plot, attention to detail

I haven’t read the first installment of ‘Arcadia’s Children’, but that did not detract from my enjoyment of reading ‘The Flyfield Plantation’ at all. This is a really decent sci-fi story. What I liked most, was the way in which William’s makes everything seem perfectly plausible and believable. If you read sci-fi, you want the world that opens up around you to be a place for great escapism, and that’s exactly what happens on Arcadia. The attention to detail in describing the make-up of the plane .

It it was amazing

Andrew R. Williams‘s novel The Fyfield Plantation is the second book in the Arcadia’s Children series. This wild and exciting ride of a book is a captivating futuristic sci-fi adventure I loved the world that Williams created in this book, filled with robots, aliens, clones, and a drug war. The book is fast-paced and filled with both humor and action. It was really fun to see the story continue for these characters. The arcs continued each character progression and depth.

Illustrious Wanderer  it it was amazing

A sequel to Arcadia’s Children: Samantha’s Revenge, Arcadia’s Children 2: The Fyfield Plantation is a science-fiction novel written by Andrew R. Williams. This action-packed story takes place in a technologically advanced – albeit somewhat dystopian – society on Arcadia, a planet similar to Earth, and its moon Arden, which is practically owned and controlled by a mining company.